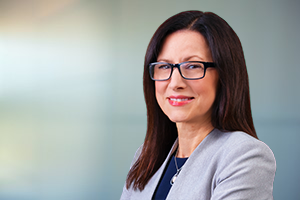 Anna Manning is President and Chief Executive Officer of Reinsurance Group of America, Incorporated (RGA). She assumed the role of CEO on January 1, 2017, and of President in December 2015. Anna is also a member of RGA’s Board of Directors.

Anna has more than three decades of leadership experience in the insurance industry. Before coming to RGA, Anna spent nearly two decades with the Toronto office of Towers Perrin’s Tillinghast insurance consulting practice, where she provided consulting services to the insurance industry in mergers and acquisitions, value-added performance measurement, product development, and financial reporting.

Anna is Chairman of the Longer Life Foundation, a not-for-profit collaboration between RGA and Washington University School of Medicine in St. Louis that supports and funds groundbreaking research on longevity and wellness. In June 2020, she was elected to the Board of Directors of the Geneva Association, a leading international think tank of the insurance industry. She is also a member of the Board of Trustees at Washington University and the BJC HealthCare Board of Directors, and she is a member of Greater St. Louis, Inc., an organization that brings together business and civic leaders to create jobs, expand inclusive economic growth, and improve St. Louis’ global competitiveness.

Anna is a Fellow of the Society of Actuaries (FSA) and of the Canadian Institute of Actuaries (FCIA). She received a Bachelor of Science (B.Sc.) degree in Actuarial Science from the University of Toronto. 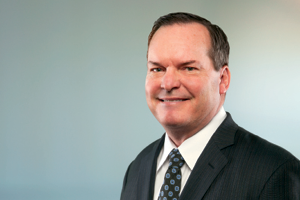 Todd C. Larson is Senior Executive Vice President and Chief Financial Officer of Reinsurance Group of America, Incorporated (RGA). Named to this post in May 2016, he is responsible for RGA’s financial and capital management as well as for its financial reporting functions. These functions include: oversight of enterprise financial management and controls; capital market issuances by the company; development and submission of all filings required by the Securities and Exchange Commission and other regulatory bodies; and communication of corporate and financial information to the rating and investment communities. He is a member of RGA’s Executive Committee.

Previously, Todd was Executive Vice President, Chief Risk Officer of RGA, a role that incorporated management of RGA’s global enterprise risk and corporate pricing oversight. Prior to that, he was Executive Vice President, Corporate Finance and Treasurer, responsible for coordinating external reporting, management of financial reporting for RGA’s various operating segments and subsidiaries, and RGA’s capital management and treasury functions.

Todd joined RGA in 1995 as Vice President and Controller. Previously, he was Assistant Controller for Northwestern Mutual Life Insurance Company. He started his career with KPMG Peat Marwick LLP in Chicago, where he was a senior manager in the audit practice.

Todd received his Bachelor of Science (B.S.) degree in accountancy from Northern Illinois University. He is a board member of the SSM Health Hospice and Home Health Foundation, St. Louis, Missouri. 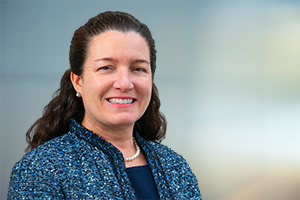 Leslie brings more than 25 years of experience in investment management to RGA, including 15 years of investment leadership in the insurance industry. Most recently, she was with Northwestern Mutual Life Insurance Company, where she served as Executive Officer – Senior Vice President, Head of Public Investments. In this role, she led a team that actively managed $120 billion in fixed income portfolios, directing portfolio management, research, trading, strategy, and the asset/liability management and derivatives team. In addition, she served on multiple strategic committees, including the Investment Committee, and was a board member of Northwestern Mutual’s Wealth Management Company.

Prior to Northwestern Mutual, Leslie was Senior Managing Director, Head of Public Fixed Income at The Guardian Life Insurance Company of America. In this role, she managed $36 billion in fixed income assets, and was responsible for oversight of the investment process, which included a focus on process improvement, talent development and retention, strategy development for portfolio construction, and risk management. Earlier in her career, Leslie held senior positions at Goldman Sachs Asset Management and at Pacific Investment Management Company (PIMCO).

Leslie received her Bachelor of Arts (A.B.) degree in economics from Harvard University and her M.B.A. degree in finance from the University of Chicago. Active in the industry, she has served for eight years on the advisory board of the Fixed Income Forum, an industry organization comprising heads of fixed income or chief investment officers of approximately 50 buy-side firms. 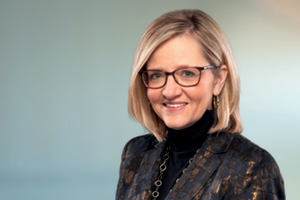 Gay Burns is Executive Vice President for Reinsurance Group of America, Incorporated (RGA). She is also a member of RGA’s Executive Committee.

Gay has more than 30 years of global experience in human resource management, in both reinsurance and financial services. Prior to joining RGA in 2011, she was with Swiss Re, where she worked in Zurich, Switzerland as the Managing Director, Talent Development and as Managing Director, Global HR Operations. Before then, she was a human resources executive with Employer’s Reinsurance Corporation, a General Electric subsidiary. She also held several human resources positions during her tenure with GE Capital’s credit card and vehicle leasing businesses and in GE’s Six Sigma organization. She is a certified Six Sigma Black Belt.

Gay’s Bachelor of Science degree in Business Administration (B.S.B.A.) is from Missouri Southern State University, and her Master of Business Administration degree (M.B.A.) is from Webster University, in Missouri. In 2013, she was recognized by the St. Louis Business Journal as one of St. Louis’s “25 Most Influential Business Women.” An active member of the local business community, Gay is a former member of the Board of Directors for FOCUS St. Louis, chair of the Compensation Committee and Vice-Chair of the Board of Trustees for Webster University, a member of the Immigration & Innovation Steering Committee of the St. Louis Mosaic Project, and a member of the United Way of St. Louis’s de Tocqueville Society. Gay has also chaired the RGA Foundation since its inception in 2015. 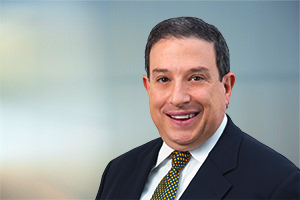 Most recently, Larry was Executive Vice President and Chief Actuary of GFS, where he oversaw all aspects of pricing and risk management. Before joining RGA in 1999, he was with the actuarial firm of Milliman and Robertson (now Milliman Inc.), where he worked on demutualizations, mergers and acquisitions valuations, and market conduct class-action settlements. Previously, he was with Equitable Life Assurance Society, where he held several actuarial positions. 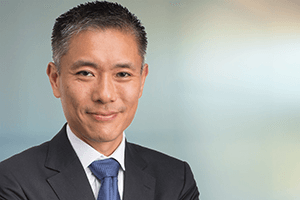 Tony, who joined RGA in 1997, has nearly a quarter-century of life insurance industry experience. He joined RGA in 1997 as Chief Actuary of Malaysian Life Reinsurance Group Berhad, RGA’s joint venture with the Life Insurance Association of Malaysia. He moved to RGA’s headquarters in St. Louis, Missouri (U.S.), in 1999, and then relocated to Hong Kong in 2002. In 2004, Tony was named Chief Executive Officer of the Hong Kong office, responsible for all business activity in Hong Kong and Southeast Asia, and in 2011, was appointed Senior Vice President, Asia, an expanded role incorporating overall management of RGA Asia.

Tony received a Bachelor of Economics (B.Ec.) degree from Macquarie University in Sydney, Australia, and an M.B.A. from Washington University in St. Louis’s John M. Olin School of Business. He became a Fellow of the Institute of Actuaries of Australia (FIAA) in 1997. An active participant in the Actuarial Society of Hong Kong, Tony was elected its President in 2008 and served as a council member of the Society from 2005 to 2015. He has also served as Chair of its Experience and Life Committees. 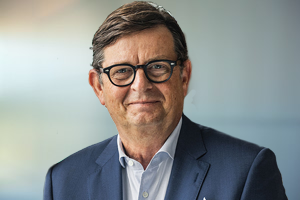 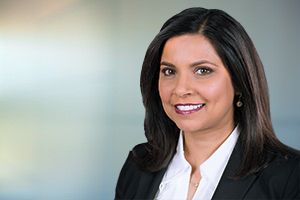 Ms. Gautam received her Bachelor of Science (B.Sc.) and M.B.A. degrees from Dalhousie University in Halifax, Nova Scotia, Canada, and is a member of the Chartered Professional Accountants of Canada. 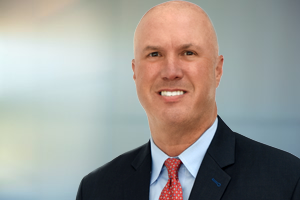 Ron’s extensive insurance industry career includes more than 20 years of senior-level experience at major life and multi-line insurance companies. Most recently, he served as Head of Individual Life and Employee Benefits at Equitable and was also a member of the company’s Operating Committee.

He brings to RGA extensive corporate transactional experience. Over the course of his career, Ron has served in strategic roles in mergers, spin-offs, and acquisitions with both the acquiring and acquired entities. In addition, Ron has held senior sales and sales management roles for three large national and international insurance companies.

Ron graduated from Penn State University with a Bachelor of Science (B.S.) degree in finance. He is a Certified Financial PlannerTM, a member of the American Council of Life Insurers, sitting on the CEO Steering Committees for Consumer Issues, Prudential Issues, Taxation, and its Reinsurance Executive Council. He is also active with LIMRA and FINSECA. 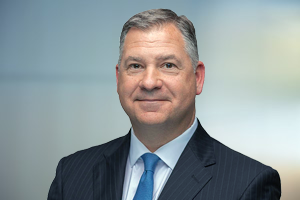 Ray Kleeman is Executive Vice President, Chief Human Resources Officer for Reinsurance Group of America, Incorporated. He is responsible for all of RGA’s global human resource strategies, including organizational design, workforce and succession planning, talent acquisition and development, compensation and benefits, diversity and inclusion, and change management. He is also a member of RGA’s Executive Committee.

Ray’s Master of Science (M.S.) and Ph.D. in Organizational Psychology are both from Saint Louis University. He serves on the boards of the St. Louis Community College Foundation and the Down Syndrome Association of Greater St. Louis. 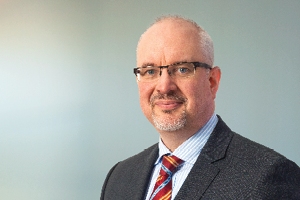 Before joining RGA in 2008, Jonathan worked for Manulife Financial for almost 15 years, where his last position was Chief Financial Officer, U.S. Life Insurance. 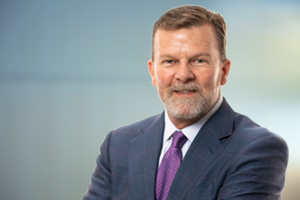 Bill Hutton is Executive Vice President, General Counsel and Secretary of Reinsurance Group of America, Incorporated. He is responsible for legal services provided throughout the RGA enterprise.

Bill has been advising RGA on legal matters since 1998 and became General Counsel in 2011. Prior to becoming General Counsel, he served as the company's lead securities, finance and corporate governance counsel, and had significant roles in RGA's successful separation from MetLife in 2008 and the acquisition of ING's Group Reinsurance business in 2009. Prior to joining RGA, Bill was in private practice with two law firms in St. Louis, Missouri. 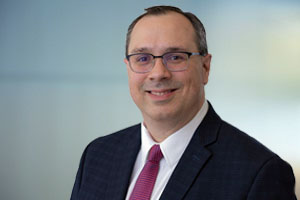 As Chief of Staff for Reinsurance Group of America, Incorporated (RGA), Timothy L. Rozar performs a multifaceted role that includes leading multiple corporate initiatives, both domestically and internationally, in support of the executive office.

Prior to his current role, Tim served as CEO of RGAX, the innovation accelerator of RGA. Tim started his career with RGA in 1996 as a pricing actuary and has previously led RGA’s U.S. product development, management information and research teams. Tim also served as RGA’s Global Head of Research and Data Analytics, overseeing predictive analytics, biometric research, competitive intelligence and actuarial experience analysis.