Is the Fault of the Flu in Our Stars… or Ourselves? A Call for Greater Vaccinations against Influenza ​

The word “influenza” comes from the Italian for influence of the stars and dates to the early Middle Ages, at a time when most of us still looked to the skies for solutions.


Centuries later, the causes of flu seem just as mysterious. Whether avian or swine, the virus seems to arrive each winter, stealing an estimated half a million lives worldwide, only to retreat in the spring.

While few experts know precisely why flu cases rise when the temperatures fall, the vast majority agree on one thing: an annual flu shot remains our most formidable defense against its spread. Yet while in a normal year some 100 million Americans get vaccinated, millions more still avoid the injection. The influenza vaccination rate in adults for 2017-2018 was 37%, which represented a 6% decrease over the season prior, according to the U.S. Centers for Disease Control and Prevention (CDC).

Influenza is clearly one of the largest drivers of seasonal variation in all-cause mortality.

As experts in mortality risk assessment, we in the life insurance industry have a significant opportunity – and responsibility – to save lives by promoting higher vaccination rates.

Hot … Or Not? Viral Matchmaking

Flu vaccine advocacy starts by understanding why so many people shun the shot. The problem may lie with a popular misconception that the flu shot simply doesn’t work.

The influenza vaccine fights the flu, although its effectiveness varies from year to year. An exceptionally high rate of mutation enables the flu virus to mask itself from vaccine antibodies by changing surface proteins. As a result, although influenza epidemics occur every year, the severity of these epidemics, as measured by physician visits and hospitalizations, can differ substantially from season to season. The protection provided depends on a myriad of factors: a person’s age and health status, and the similarity or “match” between the viruses or virus in the vaccine and those in circulation.

Even a less effective vaccine confers more protection than none at all – and has been shown to reduce the severity of illness in people who get vaccinated but still get sick. According to the CDC, flu vaccination reduced deaths, intensive care unit (ICU) admissions, ICU length of stay, and overall duration of hospitalization among patients. Vaccinated adults spent on average four fewer days in the hospital than those who were not protected.

The CDC recommends that anyone six months of age and older should get a flu vaccine every season. The need is particularly great for children. The American Academy of Pediatrics indicates that the annual vaccination effort significantly reduces a child’s risk of severe influenza and death. During the 2017-2018 season, one of the most severe on record, 179 children succumbed to influenza-associated deaths. Most had not been vaccinated.

Comorbidities also complicate matters. Flu often only contributes to mortality in the frail and elderly, who are more susceptible to secondary infections like pneumonia or bronchitis. Greater than 90% of influenza deaths in recent decades have occurred in people age 65 and older.

Every year, the public health community spreads common-sense flu-fighting tips. In addition to getting vaccinated, studies show that covering coughs and sneezes, washing hands often and well, and limiting contact with ill individuals (and not coming to work sick) all slow transmission. 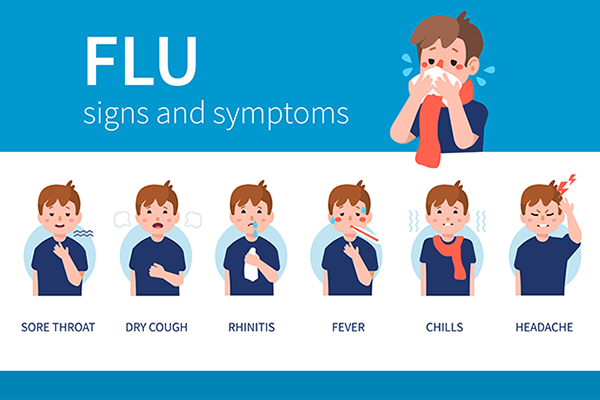 While it doesn’t take advanced technology to fight the flu, some modern-day vaccine production methods can seem imprecise. Producers rely primarily on World War II-era technology, incubating flu vaccines in chicken eggs. Every year, the World Health Organization and the CDC collect data from 94 nations on the flu viruses that circulated the previous year. These institutions then make what amounts to an educated guess about which viruses are likely to circulate in the coming fall. Based on this hypothesis and early data, the U.S. Food and Drug Administration orders vaccines for the three to four most likely strains in February.

If this seems like an imperfect method to prevent disease, it is.

Researchers are increasingly calling for more modern manufacturing methods, from cell-based factories to a new recombinant protein vaccine process. With the recombinant method, a gene for the flu virus’s surface is inserted into a baculovirus. The baculovirus then infects insect cells, causing them to pump out large amounts of flu virus surface proteins. The first recombinant-manufactured vaccine, Flublok, has been commercially available for five years.

The innovation doesn’t end with manufacturing methods. Investigators are also pursuing a “universal” flu vaccine that could protect against many different flu strains – even against variations that have yet to evolve. It would work by targeting the virus’s stem – the part that doesn’t change, in contrast with rapidly evolving surface proteins. A universal vaccine may someday confer protection that could last for years or even decades, but this future is still distant.

What can individuals, and insurers, do today to promote healthier, longer, flu-free lives?

No one likes an aching arm from a flu shot, but sometimes the truth hurts: imperfect as it is, the influenza vaccine remains an important protection product.

The word “influenza” comes from the Italian for influence of the stars and dates to the early Middle Ages, at a time when most of us still looked to the skies for solutions. RGA provides a compelling call to action in Think Advisor.