Demographic trends have long fueled a talent drought in insurance. In fact, executives responding to a recent McKinsey & Company self-assessment cited human capital — rather than any asset — as the industry’s scarcest resource.


The main cause for the staffing shortfall is well known: a multi-year failure to attract and retain a younger workforce. Yet, anecdotal evidence suggests a labor market reckoning dubbed the “Great Resignation” may be worsening the challenge, particularly within disability claims departments. The race is on to identify and implement solutions, and to the winners may go all the spoils.

Claims teams are no strangers to understaffing. In February 2021, SALT Associates and RGA released the results of a survey of U.S. insurance carriers detailing employees’ views on claims management and job satisfaction. The research revealed that workers’ devotion to employers was slipping long before the outbreak of COVID-19, and that workplace culture may bear much of the blame. In the RGA/SALT study, a scant 35% of claims staff said they felt highly valued by their employers, and only 28% said they were very satisfied with their work.

These employees are hardly alone:  As of November 2021, the U.S. Bureau of Labor Statistics reported that an unprecedented 3% of the U.S. workforce, some 4.5 million people, quit their jobs. This is part of an ongoing trend of employees voluntarily leaving their jobs, starting in spring 2021 in the United States and popularly called the “Great Resignation” or the “Big Quit.” Observers speculate that the trauma of the ongoing pandemic and accompanying economic and health shocks have led many workers to reprioritize their most fundamental needs and look for greater work-life balance, increased job safety, and a deeper sense of purpose and challenge.

Such complaints may sound familiar to claims leaders. The RGA/SALT survey revealed that dissatisfaction was highest among claims staffers who face monotonous “busy” work, overwhelming caseloads, and a lack of recognition. FastTrack, a leader in digital automation solutions for life and disability insurance claims, similarly reported that the administrative portion of claims staffers daily workload may extend to more than half the workday (interpreting/entering incoming claims data, printing letters, stuffing envelopes, printing reports, etc.). Large insurers and small carriers have begun to raise the alarm that this lack of satisfaction may be leading to an uptick in turnover, with claims analysts increasingly quitting without another job lined up or leaving the industry entirely.

Large insurers and small carriers have begun to raise the alarm that this lack of satisfaction may be leading to an uptick in turnover, with claims professionals increasingly quitting without another job lined up or leaving the industry entirely.

So where can insurers look for remedies? Implementing technology can significantly reduce this busy work and make those overwhelming caseloads manageable.  It’s important to note that, while digitizing systems and processes may be part of a solution, continuing to cultivate seasoned professionals to adjudicate claims is also essential.  A percentage of contestable, foreign, or complex claims will always require consideration by skilled adjudicators, who will require ongoing training and mentoring.

When it comes to retaining these skilled workers, the survey findings suggest a high-tech, high-touch, intellectually challenging workplace culture may be more important than market reputation or compensation. This requires claims leaders to solve two problems at once – widespread misperceptions and longstanding underinvestment.

Resolving the Problem of Perception

For years, insurance carriers have been trying to rethink strategies to attract, engage, and retain a workforce, with mixed results. Nearly 400,000 employees are expected to retire from the industry within the next few years, according to the U.S. Bureau of Labor Statistics, and far fewer new recruits are available to fill these roles.

Research points to widespread misperceptions about insurance as one cause, particularly among the largest working generation: millennials (born between 1977 and 1994). In a self-assessment designed by McKinsey & Company, insurance executives themselves saw the industry as too conventional, rigid, and internally oriented. No wonder the next generation is reluctant to consider careers in insurance. In a survey by The Institutes, eight in 10 millennials had limited awareness of career options within the industry, and 44% of respondents to a Valen Analytics survey said they “did not find a career in insurance interesting.”

Claims teams may be more vulnerable to these perceptions given the discipline’s traditional overreliance on administrative tasks. Research suggests that millennials are less likely to gravitate toward volume/production-based jobs, preferring variety and roles that are more focused on problem-solving. Claims adjudication is nothing if not intellectually challenging, yet many new hires are often asked to perform large volumes of repetitive functions below the level of their ability and training. In RGA’s recently completed U.S. Group Disability Claims Management Benchmarks survey of claims personnel at nearly a dozen major U.S.  carriers, respondents reported that short-term and long-term claims increased in 2020, 13% and 3% respectively, and yet productivity kept pace. Could this increase in output have come at the cost of higher levels of burnout and attrition in 2021? Findings from the RGA/SALT survey suggest that the risks were growing. Claims staff reported spending 39% of time outside of claims analysis, including such administrative tasks as filing, letter writing, and compiling reports. Another 10% of analysts’ time was spent in meetings, leaving only about half of every day available for claims adjudication.

Understaffing and increasing caseloads can make such routine and bureaucratic work seem even more burdensome. In the RGA/SALT survey, respondents commonly complained of “feeling like I work in a call center” and of “the stress of wearing too many hats” and sensing that “claims is perceived as an afterthought.” Some respondents noted that efforts to increase work-life balance had been “challenging” even prior to the pandemic, and a lack of training and growth opportunities were significant complaints. Similarly, FastTrack, when analyzing the experiences of its carrier clients, found that the lack of technology and automation in current claims processes has a direct effect on the ability of insurers to recruit and retain talent.

The good news? Such perceptions need not be the reality. Confronted with lockdowns and the rise of remote work, many insurers have taken the opportunity to reskill teams, redefine the nature of certain claims roles, and recalibrate incentives and expectations. Advanced education such as courses and designations offered by the International Claim Association (ICA) and other member resources can assist the claims professional across multiple lines of business.

Many claims teams are more digital, virtual, and flexible than at any time in history, and it is incumbent upon insurers to do a better job of making this progress visible to prospects.

Both RGA/SALT’s survey and FastTrack’s product development research suggest that when insurers combine investment in digitized claims technology enhancements with training and career development opportunities, claims personnel become more motivated and satisfied. Many claims teams are more digital, virtual, and flexible than at any time in history, and it is incumbent upon insurers to do a better job of making this progress visible to prospects.

Investing in People, Not Paper

As it turns out, “going paperless” was not just a good pre-COVID-19 idea; digitization formed the foundation of the industry’s successful transition during the pandemic according to RGA’s U.S. Group Disability Claims Management Benchmarks survey. U.S. survey participants revealed that COVID-19 had spurred their employers to fast-track investments in data analytics, mobile apps, electronic claims management systems and more. The shift could not come too soon, and the momentum continues. FastTrack has seen volumes of claims under management rise 39% over the last twelve months. The company reported that the increase directly contributed to insurers increasing investments in the digitized claims technology sector, including implementation of document handling with barcoding, OCR/ICR document reading, Robotic Process Automation (RPA), and portal communications to policyholders, claimants, beneficiaries, employer customers.

The next generation of claims employees are digitally native, and the “analog” history of insurance may also be prompting turnover. Respondents to the RGA/SALT survey suggested that time lost jumping back and forth between multiple unconnected technologies and negotiating upgrades and enhancements weighed on morale, yet decades of underinvestment has made many claims departments highly dependent on multiple unrelated technologies that can be tenuously stitched together, if at all. 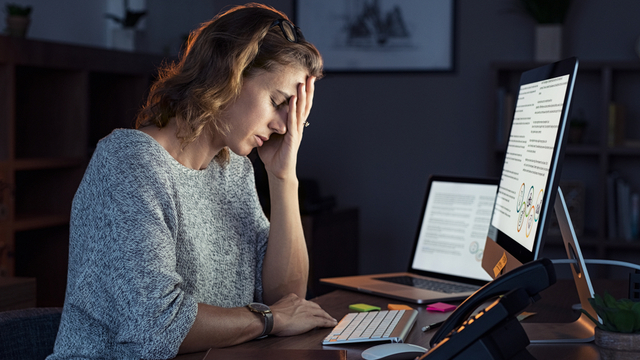 Many companies still require claims teams to conduct tedious and inefficient manual data entry in multiple systems and manage through repeated, time-consuming upgrades to antiquated systems. A survey by RGA, conducted just prior to the pandemic, showed that just one in four insurers (28%) used an expert claims system to assist in claims management and settlement, and fewer than 18% of those covered the complete end-to-end claims process.

If a lack of technology investment fuels attrition, digitizing back-end operational processes can present a powerful solution. According to FastTrack, insurers can improve productivity simply by implementing Single Sign-On (SSO) capabilities that enable claims examiners to securely authenticate with multiple applications and websites using just one set of credentials.


This work to increase the efficiency and consistency of claims processes has the added benefit of improving talent retention.

Similarly, the pandemic prompted many carriers to reassess back-end technologies through sheer necessity. As paper-processes proved untenable amid social distancing and lockdowns, carriers digitized data collection and entry, from claims reporting to evidence collection. This work to increase the efficiency and consistency of claims processes may have the added benefit of improving talent retention. Only consider that a typical claims analyst may, for example, send six or seven letters to accompany payments or offer status updates while administering a single claim – correspondence that could be automated and streamlined easily.  In research conducted by both RGA/SALT and FastTrack, employees and carriers noted that digitizing routine or standard tasks could significantly reduce workloads by 50%+, enhance efficiency and offer overall value.

This RGA/SALT survey and insights from FastTrack suggests that cultivating a workplace culture that fosters digital technology enhancement, individual growth and team success confers a competitive advantage. Claims staff who share pride and confidence in the value of their work are the best recruiters for any team or company.

Where does your company fit in the workplace culture continuum?  To learn more about the survey results, contact SALT Associates or RGA's Group Research team or FastTrackRTW.com.