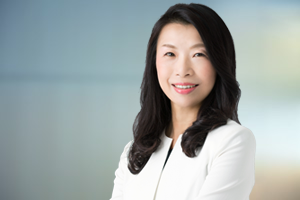 Miwa Ohmori, Chief Executive Officer of RGA Reinsurance Company Japan Branch, is responsible for leading all business operations for RGA in the Japan market. Miwa has 30 years of experience in banking and financial services and joined RGA in 2020.

Previously, Miwa served as Branch Manager of Bank of America, National Association Tokyo Branch (BANA), beginning in 2014 until leaving for RGA. In 2017 she assumed a dual role as both Branch Manager and Head of Japan Corporate Banking and Global Transaction Services. Prior to BANA, Miwa served as Vice Chairman, Managing Director, and as a Director of the Board for Merrill Lynch Japan Securities, and was Chief Executive Officer and Representative Director of Mitsubishi UFJ Merrill Lynch PB Securities Co., Ltd.

Miwa began her career at Sumitomo Trust & Banking Co, Ltd.  and worked as a trader in the Treasury Department. After obtaining her M. B. A., she then joined Merrill Lynch Securities where she held several leadership roles, including Head of Structured Products and Head of Regional Financials and Corporate Strategic Solutions for Merrill Lynch Japan Securities.

Miwa graduated from Keio University with a Bachelor of Arts in economics and received an M.B.A. in finance and accounting from The Wharton School at the University of Pennsylvania. She also attended the Women’s Executive Program at Harvard University. 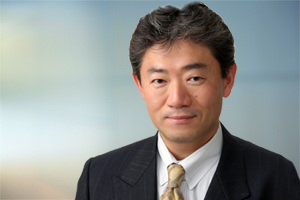 Kunihiko has completed Ph.D. course work in statistical mathematics from the Graduate University for Advanced Studies, and received a Master of Business Administration (M.B.A.) in financial engineering from Hitotsubashi University, and a Bachelor of Science (B.S.) in mathematics from Keio University. He is a Fellow of Institute of Actuaries Japan (FIAJ). 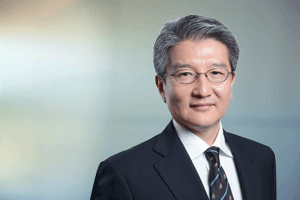 Immediately prior to joining RGA, Akira was Underwriting Manager for GE Edison Life, and has played important roles in claim management, corporate sales, and administration for Japanese life insurance companies. He began his career with a life insurance company in Japan.

Akira received a Bachelor of Health Services degree from the University of Tokyo. He was a founder of the Underwriters Association of Japan (UWAJ) and served as Representative Director for the organization until 2016, helping to establish Underwriter as an expert occupation in the market.

Shin joined RGA in 2012 as Director, Marketing, and in 2016 he began managing the Business Development team responsible for foreign-affiliated life insurance companies. He was named Head of Business Development in 2018 and was promoted to his current position in March 2021. Shin has more than 25 years of combined experience in the insurance and banking industries, primarily in marketing and distribution for global insurance companies. Prior to joining RGA, Shin worked for Tokyo Star Bank, serving as Head of Bancassurance. He started his career at Sanwa Bank (now MUFG Bank).

Shin graduated from Gakushuin University, where he majored in law, and received a Master of Business Administration (MBA) degree from Durham University Business School in the U.K.

Simon Armand-Smith is Vice President, Business Development for RGA’s Global Financial Solutions (GFS) unit, responsible for leading all aspects of GFS for RGA Japan, and for coordinating closely with other functions in the Japan operation to further develop GFS business in that market. He is based in Tokyo.

Prior to joining RGA in 2018, Simon worked at PwC in Tokyo. He has 20 years of experience in insurance and finance, split almost evenly between actuarial roles and positions in investments and capital markets. He was previously Head of Investment Risk with Beazley Insurance, and he served in other roles with PwC in London, and with Aon Benfield and Dresdner Kleinwort in Tokyo.

Kazunori has more than 15 years of product development and pricing experience in the Japanese insurance industry, and is a regular contributor to industry publications. Prior to joining RGA in 2018, he worked for MetLife in Japan, leading both the pricing actuarial and the pricing actuarial management departments. While at Met Life he also was responsible for FSA negotiations on new product approvals, successfully developing various life, Accident & Health, and retirement products. In addition, he has worked for other ceding companies, including one of the largest domestic insurance companies in Japan.

Kazunori received a Master of Science in physics from Kyoto University, and is a Fellow of the Institute of Actuaries of Japan (FIAJ). 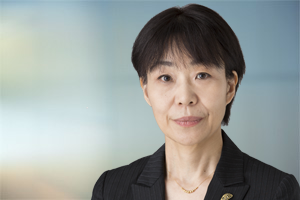 Kayoko joined RGA Japan Branch in 2006. Since then, she has played a pivotal role in marketing to build strong client relationships, primarily with key Japanese insurance companies, and grow business for RGA Japan. She has led a team of marketing representatives in charge of major domestic life insurance companies and developed new accounts and new areas of business that diversified the portfolio of traditional segments the Japan Branch manages.

Kayoko received a bachelor’s degree in economics from Fukushima University. She has written a number of articles on industry-related topics.