Aging is defined as a gradual decline in physical and mental capacity, associated with chronic inflammation that results in a progressive decline in the functional performance of multiple organs.


It is more simply the process of getting older and the increased probability of death over time. Aging causes cardiovascular changes including increased arterial stiffness, left ventricular (LV) diastolic dysfunction, decreased heart rate variability and a reduction in maximal heart rate, increasing the risk of early mortality. However, the rate of biological aging can differ significantly between individuals of the same chronological age and is affected by factors such as genetic variations, environment, and lifestyle, including diet, sleep patterns, and level of physical activity.1


The rate of biological aging can differ significantly between individuals of the same chronological age.

It has been shown that even as early as 28 years of age, about 10% of variation in lifespan can be predicted from clinical measures such as blood pressure, pulse, blood glucose, weight, and body mass index (BMI), all of which are commonly measured as part of an insurance medical examination. Using data from the Framingham Heart Study, LLF researcher Dr. Zach Pincus found that systolic and diastolic blood pressure, pulse, and BMI were highly predictive of lifespan from ages 35 to 60. However, blood glucose was most predictive of lifespan from the ages of 57 to 73, indicating that the predictive ability of biological markers changes as a person ages.2

Cardiovascular aging is understood to begin early in life and progresses as a person grows older, leading to conditions such as coronary heart disease, heart failure, stroke, and vascular dementia.3 The presence of cardiovascular disease (CVD) increases with age, with prevalence being around 54% in those aged 40-59 years, 78% in those aged 60-79 years, and 90% in those aged >80 years in the United States.4 Novel biomarkers of human aging could help better identify adults at high risk of developing early cardiovascular aging, allowing for the introduction of preventative measures. Insurers would then be better placed to potentially offer more favorable terms to applicants who have been identified as being at risk of accelerated cardiovascular aging, but who have introduced measures to combat early biological aging.

Cardiometabolic risk factors such as low-density lipoprotein (LDL)-cholesterol, body mass index (BMI), and fasting blood glucose are significant predictors of CVD in old age. Pre-frailty, referring to a decline in physiological function preceding a state of frailty, has been shown to be an independent risk factor of CVD, with pre-frail adults found to have an increased prevalence of insulin resistance, abdominal obesity, and inflammatory markers. Relative hand grip strength (hand grip strength divided by BMI) has been shown to be significantly associated with cardiometabolic risk factors. Hand grip strength measurement could be introduced as part of a medical examination to identify insurance applicants at risk of cardiovascular impairment.4

Adverse changes in dietary patterns and lack of physical exercise have been shown to lead to an increase in incidence of CVD, hypertension, diabetes, and obesity, leading to early biological aging in many people.2 For instance, LLF-sponsored research has shown elevation of dietary protein to levels up to the 40 kCal%-range can exacerbate atherosclerosis. Levels such as this are largely represented in Western diets, high in both protein and lipids, which can lead to diet-induced obesity and cardiovascular disease.5

Calorie restriction (see Calorie Restriction (CR) – What is it and what does the research tell us?) has been shown to prevent the development of age-associated cardiovascular changes and cause significant reductions in several cardiometabolic risk factors for coronary heart disease, including lowering fasting glucose, systolic and diastolic blood pressure, total cholesterol, LDL cholesterol, and triglycerides, and raising high density lipoprotein (HDL) cholesterol.1 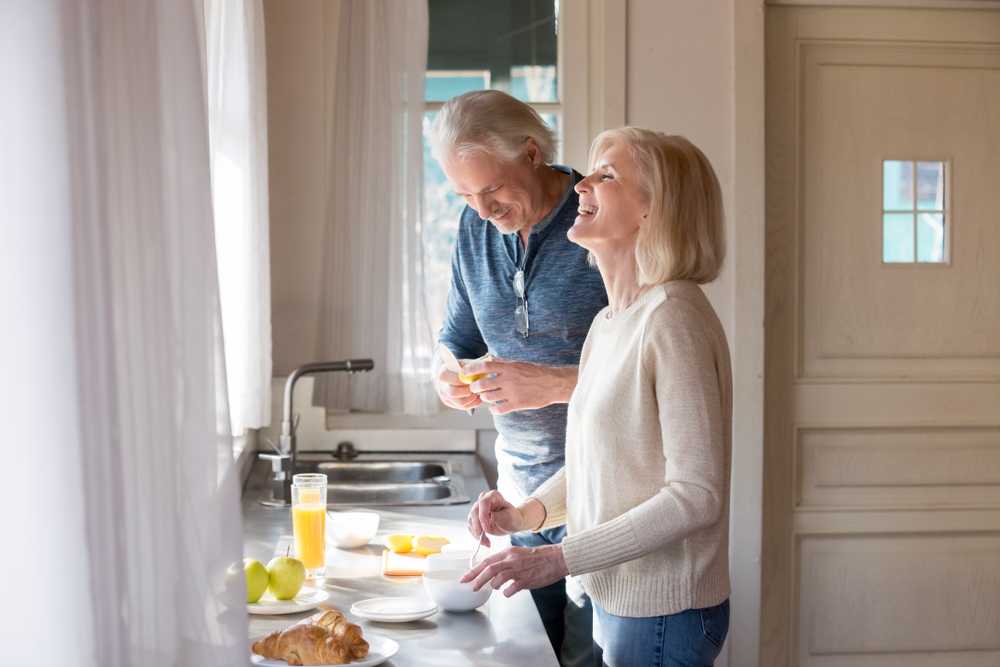 IGF-1, discussed in the first article in this series, has also been investigated for its potential protective effects in cardiovascular aging, but further research is required to understand its role as a potential therapeutic agent in heart function.  Findings to date show that humans with genetic mutations that cause very low levels of IGF-1 appear to be protected against diabetes and cancer, while those with elevated IGF-1 levels have a two- to three- fold increase in mortality, mostly caused by vascular disease.1

Findings to date show that humans with genetic mutations that cause very low levels of IGF-1 appear to be protected against diabetes and cancer.


The Sirtuins family of enzymes have been found to play a role in the regulation of lifespan. Sirtuins are made up of seven members in a group of signaling proteins involved in metabolic regulation (SIRT1 to 7), with SIRT1 enzyme activity shown to increase lifespan in some non-human studies. SIRT3 and SIRT7 are indicated as playing a protective role in age-related, stress induced cardiac pathology, while SIRT3 deficiency has been found to cause severe age-related pathologies such as cardiac hypertrophy.1

Like other biomarkers of aging, dehydroepiandrosterone (DHEA), a steroid produced in the adrenal glands, the gonads, and the brain, decreases as a person grows older, declining 80% between ages 25 and 75 years. It is understood that lower levels of DHEA are associated with a higher risk of developing CVD.

It is understood that lower levels of DHEA are associated with a higher risk of developing CVD.


In a study of sedentary, non-smoking men and women aged between 65 and 75 years old, participants were either given 50 mg/d DHEA or a placebo. Adults given DHEA replacement had a 24% reduction in carotid artery augmentation index (AI), leading to an improvement in arterial elasticity and reduced CVD risk. The carotid artery AI is an independent measure of arterial stiffness and a marker of CVD risk. Based on previous study findings that a 10 percentage point increase in AI equates to a 36% greater risk of CVD and all-cause mortality, this would mean that the 24% reduction in AI corresponds with a 17% reduction in mortality risk in the DHEA supplemented group.6 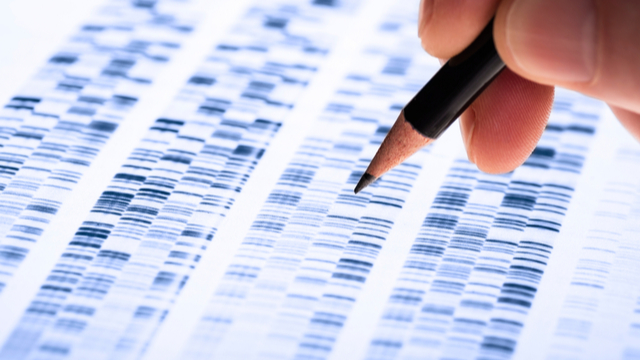 Genetic variants play a significant role in patient outcomes with CVD. LLF researcher, Dr. Sharon Cresci demonstrated polymorphisms partly explain different outcomes in CVD by ethnicity, such as acute coronary syndrome (ACS), MI, or unstable angina. In a study of 2,673 ACS patients, the overall two-year mortality rate was 7.5% for Caucasians and 16.7% for African Americans. The ADRB2G16R genotype is associated with higher mortality in African-American patients with ACS. Among Caucasian ACS patients, patients with the ADRA2CII genotype were shown to have increased mortality compared to ADRA2C1D and ADRA2CDD genotypes.7

Variants have also been associated with smoking cessation in patients hospitalized with acute MI. Chen et al’s study showed that patients who had ever smoked, who were admitted to hospital for acute MI and carried the CHRNA5 rs16969968 allele AA or GA compared to those who carried the GG allele were less likely to remain abstinent from smoking at 1-year follow up (69.1% versus 76% respectively). The CHRNA5 rs16969968 genotype may help identify patients who would benefit from added smoking cessation intervention, thereby reducing their risk of further cardiovascular aging.8

The variant rs1503298 in the Tolloid-like1 (TLL1) gene in Caucasians is significantly associated with extent of coronary disease. TLL1 is a protein coding gene involved in the cellular process related to vascular inflammation and calcification. In the Bypass Angioplasty Revascularization Investigation 2 Diabetes (BARI 2D) trial, patients with TLL1 rs1503298 CT genotype had 22% more coronary lesions > 20% diameter stenosis (DS) than the TT genotype, while patients with the CC genotype had 37% more coronary lesions > 20% DS.9


A study of adults aged 50 to 89 with limited adherence to a Mediterranean diet showed that they had higher BMI, higher prevalence of arterial hypertension, previous coronary and cerebrovascular events, diabetes and dyslipidemia compared to adults with high adherence.

Exercise, even performing light physical activities is associated with a lower risk of CVD. A study of women with a mean age of 78.5 years showed that those in the highest quartile of light physical activity, compared with the lowest quartile, had a 42% reduction in the risk of MI or coronary death.4 Understanding more about insurance applicants’ health and wellbeing will provide insurers with a better overall picture of their book of risk and potential for future claims.

Identifying and understanding the mechanisms that regulate aging is important so that counteractive measures can be taken by those who are at risk of early biological aging. Although no single measure has shown to be a definitive marker of biological aging, maintaining a healthy metabolic profile by consuming a nutritious diet and undertaking regular exercise can help slow the progression of cardiovascular aging.

It is important for insurers to keep abreast of and understand the impact of newly identified biomarkers of aging to ensure that product pricing and underwriting aligns with this evolving field of medical research.

This article is the last in a three-part series, highlighting areas of research funded by the Longer Life Foundation (LLF), a not-for-profit organization that supports the study of scientific and public health factors predicting mortality, morbidity, longevity, and wellness. The LLF is a collaboration between Reinsurance Group of America, Incorporated (RGA) and Washington University School of Medicine in St. Louis. Updates from the LLF can be followed via LinkedIn  Longer Life Foundation: Posts | LinkedIn or via the website Longer Life Foundation.